I went to Putrajaya for grand iftar at Perbadanan Putrajaya building. Before that, I went to Sultan Mizan Mosque in Presint 3 to for quick photo shoot after Asar prayer on 12th September 2009.

To suit with the climate in Malaysia, the open air concept has been applied to this mosque. It is located on the lakeside and we can feel the breeze of fresh air coming through the mosque.

All five elements in one

Inside the mosque, we can feel all five natural elements to complement the man made steel mosque. There are light, air, water, grass and stone. Once you entered the mosque, you can feel perfect natural lighting, natural air ventilation, water pools around the mosque, grass in the courtyard and marble tiles. So, enjoy the picture! (I’m not a DSLR guy but I love taking pictures)


First, after I’ve parked my car on the basement, (feels like a shopping mall) I saw this beautiful ablution area. But before that, I want to clean myself and went to the toilet. It has the best toilet in Malaysia with fully ventilated. 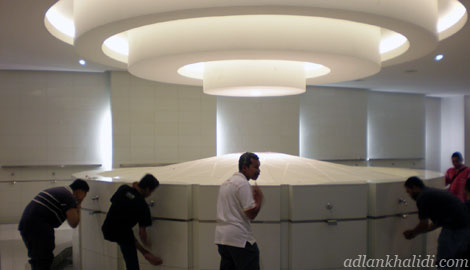 Next, I want to go to the prayer hall and witness some beautiful columns, made of steel and it is gigantic! 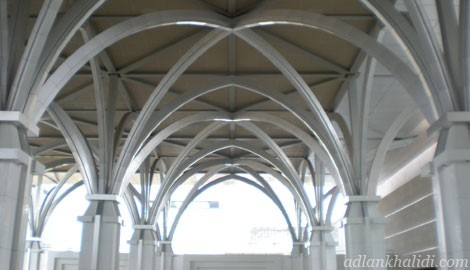 These are among the interior pictures of the main prayer halls. 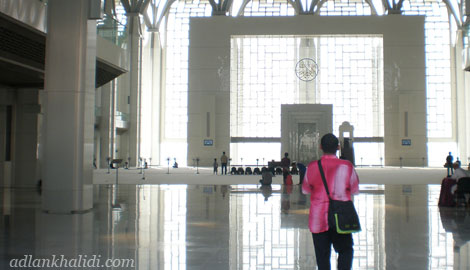 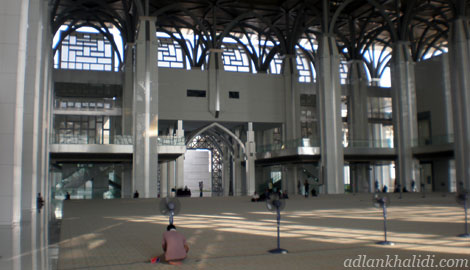 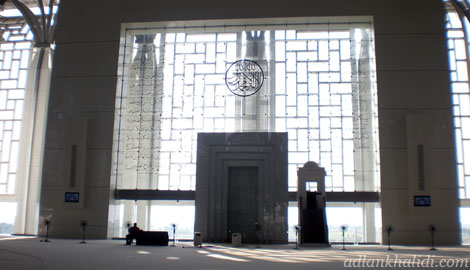 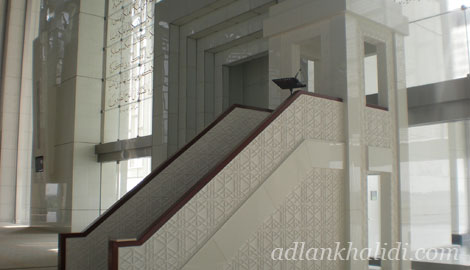 After I’ve performed Asar prayer, I look up to the dome and I can see ‘Allah’ calligraphy in the center of the dome.

As a design geek, I’ve spotted also things that relates to me, the digital prayer times in LCD monitor. 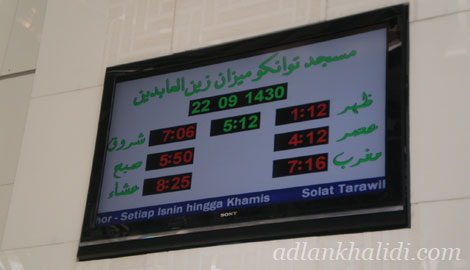 Before I left the mosque, this escalator is still under construction. Its freaking me out because it reminds me of Final Destination 4 movie. 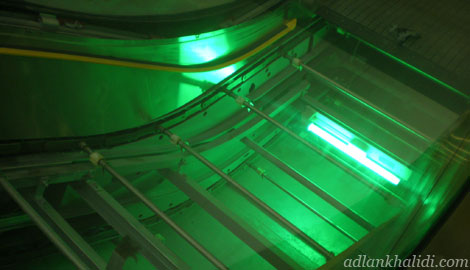 I admit that I love the design of this mosque but I hope that Putrajaya residents will utilize the mosque fully, InsyaAllah. 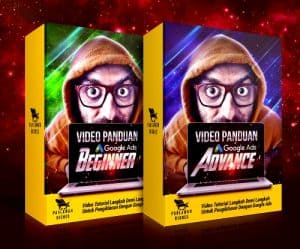